Dance, Conversation, and a Party with Friends 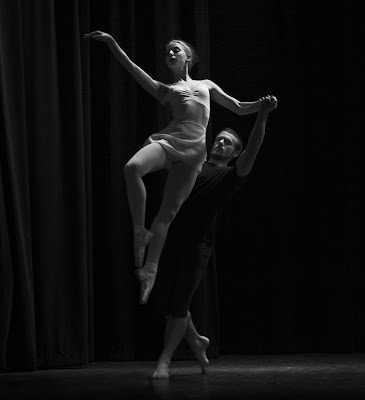 Lake Charles Civic Ballet took the opportunity to say thank you to sponsors, arts organization leaders, city officials, and special guests on Sunday, November 13, 2011 at Central School Theatre. The event, Sneak Preview & Behind the Scenes with LCCB, hosted by Heather Ieyoub of KVHP Fox29, gave the audience an inside look at the coming season and an opportunity to get to know the choreographers and principal dancers of LCCB as Ms. Ieyoub put them all in the “hot seat” on stage. Lady Holly Hathaway Kaough stated that LCCB’s ambitious season, which includes the Christmas classic Rudolph the Red-Nosed Reindeer in December 2011 as well as The Sleeping Beauty in March 2012 with the Lake Charles Symphony, would not be possible without the continued support from the community. It was a wonderfully intimate gathering of special friends of LCCB who where treated to pre and post performance fare. We all had so much fun and look forward to our next opportunity to interact with our supporters: our Costume Preview Party for Patron Sponsors on March 2, 2012 at L’Auberge Lake Charles. If you aren’t a sponsor yet, it’s not too late to join and be a part of all the fun!